Apa ili So Entertainments signed top notch rapper – Dizmo recently dropped his most anticipated album which is titled “Ghetto 2 Mayadi“. The album has so far received an overwhelming response from music fast countrywide as well as internationally. Off the album is the theme song titled “Ghetto 2 Mayadi” as it happens to be track number one on a track list of 19 songs.

The brand new first track on the album features another multi talented young rapper who is his name sake – Young Dizmo. Together, these creative Dizmo‘s have tabulated one of the best and currently trending track off the album. Check it out below by Downloading, Streaming and Sharing below!!! 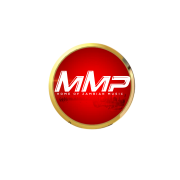 Chile One ft Chef – Why Me (Prod by Stash Beats).mp3